Chastain-Skillman would like to congratulate our Assistant Survey Director, Jeff Ammerman, on receiving his Bachelor’s degree in Geomatics from University of Florida on Saturday.  Jeff joins CS’s group of Gator Grads who work in our Survey, Marketing, Accounting, Administration, Environmental Risk, and Engineering departments.  GO GATORS!

The Highlands News-Sun recently published an article highlighting the construction of the new Sebring roundabout.  The roundabout is part of the larger Sebring Parkway project, which was designed by Chastain-Skillman.  The Sebring Parkway connects the City of Sebring to the City of Avon Park. Chastain-Skillman was contracted by Highlands County […]

Exciting things are happening here at Chastain-Skillman! Our very own Drew Morson was elected to be the new American Society of Civil Engineers (ASCE) Ridge Branch President for the 2019-2020 year. In addition to overseeing the branch, Drew’s duties will include coordinating future events with the vice president, encouraging joint […]

Chastain-Skillman was honored to accept the Grand Award for the PK Avenue project from the American Council of Engineering Consultants of Florida (ACEC-FL).  Chastain-Skillman engineers Jason Alligood and Jim Chastain attended the awards banquet on Friday, July 26th with Jay Hood from S&ME and Jeff Tillman from the City of […]

Chastain-Skillman is proud of our Marketing Coordinator, Pam Rodriguez, who recently wrote a script for a short film that was filmed last weekend in Lakeland. Rodriguez wrote the film, “¡Come!,” while a student at Florida Southern College (FSC). The film is being funded and produced by FSC, NFocus Studios, and […]

Chastain-Skillman Intern, Megan Sheeran was recently recognized in an article by Florida Polytechnic University in a news series focusing on female students, faculty, and alumni for Women’s History Month. We are proud of Megan and the contribution she provides to Chastain-Skillman as a data engineer!  To view the full article, […]

Chastain-Skillman is proud to announce that the PK Avenue project for the City of Auburndale was chosen as a GRAND Award Winner for Engineering Excellence in Water & Stormwater Engineering by the American Council of Engineering Companies (ACEC) of Florida. Other grand award winners included: Walt Disney Imagineering’s Pandora the […] 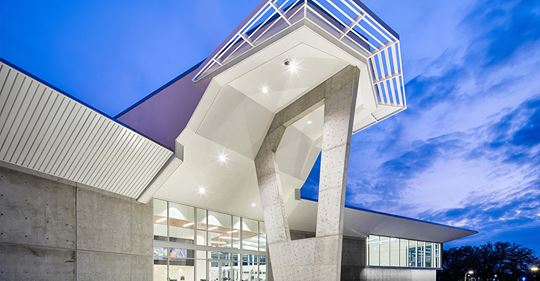 Chastain-Skillman is proud to have been on the team that designed Florida Polytechnic’s Student Development Center that was recently featured on the international ArchDaily website. CS provided survey, permitting, engineering design and construction observation services.  Click here to view the article highlighting the Student Development Center. *Photo Credit: Chad Baumer […]