Chastain-Skillman is proud of our Marketing Coordinator, Pam Rodriguez, who recently wrote a script for a short film that was filmed last weekend in Lakeland. Rodriguez wrote the film, “¡Come!,” while a student at Florida Southern College (FSC). The film is being funded and produced by FSC, NFocus Studios, and […]

Chastain-Skillman is proud to announce that the PK Avenue project for the City of Auburndale was chosen as a GRAND Award Winner for Engineering Excellence in Water & Stormwater Engineering by the American Council of Engineering Companies (ACEC) of Florida. Other grand award winners included: Walt Disney Imagineering’s Pandora the […]

“Education is for improving the lives of others and for leaving your community and world better than you found it.” Marian Wright Edelman Our survey team took a field trip last week to do just that. At the Academy of Engineering located in George Jenkins High School, students had the […]

Have You Heard About YLakeland?

As a Lakeland based firm, Chastain-Skillman loves our community.  That’s why we’re a member of the Lakeland Economic Development Council (LEDC) and proudly support YLakeland. YLakeland is an initiative of the LEDC whose goal is to connect young professionals with the community.  This education program keeps community members up-to-date on […]

Chastain-Skillman is proud to be teaming with The Lunz Group, WMB-ROI, KCMH Architects, Marcobay Construction and Wesley Beck on Catapult 2.0 – the renovation, redesign and construction of the new Catapult headquarters, located in the 92 year old Lakeland Cash Feed Building. A documentary team comprised of Caleb Randall of […]

Chastain-Skillman created a boat that was “engineered to win” for the Haines City Cardboard Boat Challenge on Lake Eva last Saturday.  Our “Stormwater Troopers” boat won the Leadership award for the boat’s theme and design, which encouraged the protection of our lakes.  Our vessel not only looked good, but also was fast – earning […]

Chastain-Skillman is Proud to Support United Way of Central Florida

United Way of Central Florida does such a great job of addressing the needs in our community.  The CS team is honored to do our part to help!

When challenged with constructing a boat made completely of cardboard and duct tape in just under two hours – Chastain-Skillman employees stepped up to the task. They joined 40 other boats from Lakeland area businesses, clubs and schools to compete at the 13th Annual Lakeland Cardboard Boat Challenge & […]

Chastain-Skillman’s Kevin Albrecht recently received the Young Engineer of the Year Award from the American Society of Civil Engineers Ridge Branch of the Florida Section. Kevin thoroughly embodies the qualities valued for this award: integrity, service, technical ability and a desire to advance the profession and help others. Kevin leads […]

Chastain-Skillman employees channeled their inner Jimmy Buffett to create the float, “A Florida Christmas” for their second appearance in the Lakeland Christmas Parade on Thursday, December 3rd.  The float depicted a beach scene complete with beach chairs, palm trees, sand, a surfing penguin and a “beach snowman.”  The employees on the […]

Chastain-Skillman engineers put their design skills to the test at the 11th Annual Lakeland Cardboard Boat Challenge on September 13th.  The CSI team worked together to plan and construct a boat made solely of cardboard and duct tape.  Chastain-Skillman employees, Kevin Albrecht and Kaitlin Tucker then boarded the “Tugboat Turbidity” and raced […] 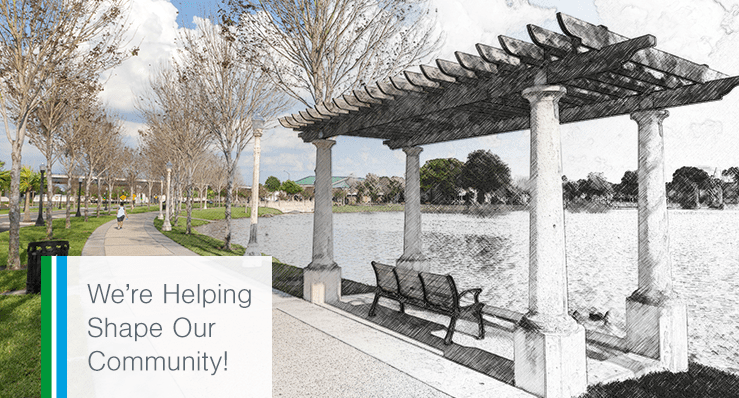 For the past 65 years, Chastain-Skillman has been on the leading edge of Lakeland’s growth. Working in the city that they love, CSI is committed to making Lakeland a great place to live and work. We are proud to work behind behind the scenes to contribute to the “effortless” growth […]

This year at Mosaic Company’s 8th Annual Contractor Safety Recognition Luncheon, Chastain-Skillman received Mosaic’s Bronze Award for Safety.  To be eligible for the awards companies must have worked more than 2,000 on-site hours at a Mosaic facility during 2014 and fulfilled the criteria for safety performance, which included no significant incidents […]

Over the weekend, President, Dr. Jim Chastain, and his family attended the University of South Florida’s College of Public Health Inaugural Awards Ceremony. The ceremony celebrated those who have most advanced public health domestically or internationally and was held in conjunction with the 30th Anniversary for the College of Public […]

Yesterday evening Winter Haven hosted the 10th Annual Outdoor Sculpture Competition & Central Park Stroll. Ten sculptures from artists across the nation were installed in downtown Winter Haven, where they will remain through January of next year. The competition is a joint project of Winter Haven and the Polk Museum […]

Chastain Skillman’s Environmental/Occupational Health and Safety Department was recently awarded it’s third consecutive contract with the School Board. We will be providing Environmental Services for the Hillsborough County School Board from 2014-2017.  Chastain-Skillman has been providing services to the School Board since 1992. Thank you to Paul Osley, Greg Lassi, […]

Chastain-Skillman Inc.  is excited to welcome Amazon to Central Florida. Our team provided site engineering and surveying services for the construction of Amazon’s fulfillment center located on County-Line Road. The massive warehouse will encompass 1.1 million square feet and is estimated to bring 385 jobs to Polk County. Amazon selected […]